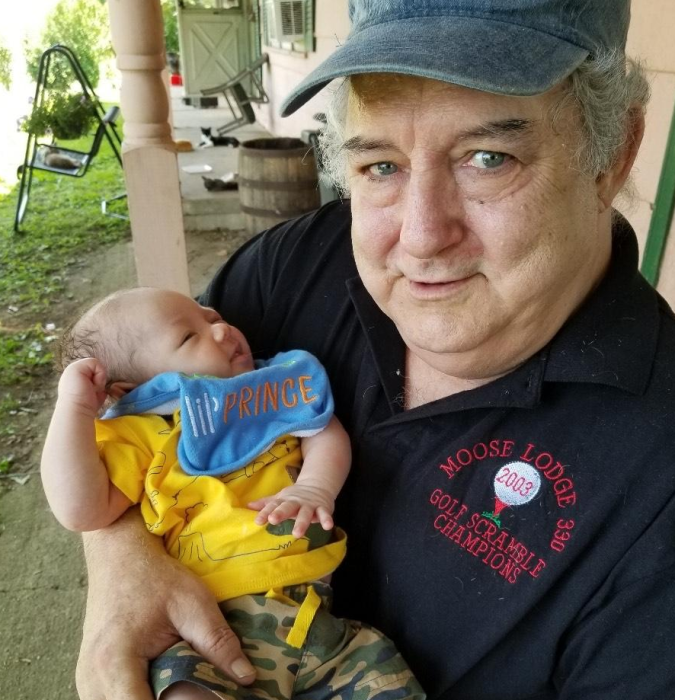 Christopher " Chris " G. Scarberry, 64, went peacefully home with his Lord at his home in McArthur, Ohio on Thursday, January 20, 2022. He was born in Columbus, Ohio on September 5, 1957, and attended Vinton County schools. He was a big rig truck driver for several years for various trucking companies. In his spare time he was an avid fisherman and enjoyed camping. He loved to watch murder mystery movies. He was preceded in death by his mother, Susie Bell Scarberry Gibson; his stepfather, James E. Gibson; two brothers, Jay " Jay Bird " Jeffery Gibson and James E. Gibson Jr.; and a nephew, Dana Lee Lafferty Jr. He is survived by four daughters : Janaye ( Shannon ) Hunter of Mesa, Arizona, Megan Scarberry of Herriman, Utah, Charity Gray of Wellston, and Christie Scarberry of Jackson; a brother, Willard Gibson of McArthur; two sisters, Janet ( David Shafer ) Perry of Wellston and Virginia ( Danny ) Lafferty of McArthur; sister-in-law, Pam Gibson of McArthur; his beloved grandchildren; and many nieces and nephews. Chris requested that cremation follow his death. Arrangements are by the Jenkins Funeral Chapel of Wellston. Online condolences may be made at www.samjenkinsfuneralchapel.com

To order memorial trees or send flowers to the family in memory of Christopher " Chris " Scarberry, please visit our flower store.