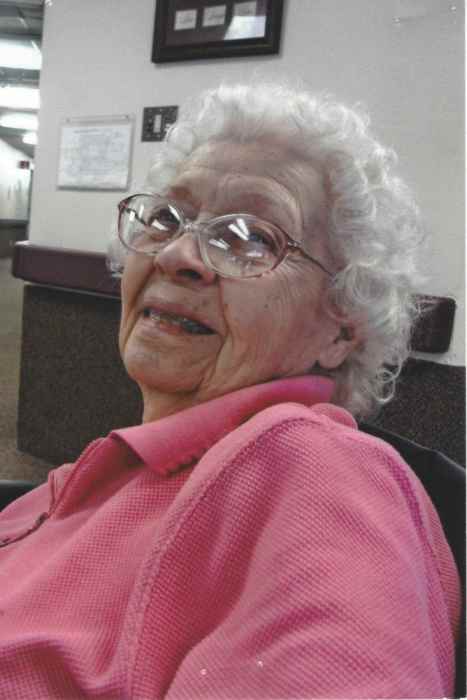 Betty L. Matteson, 94, of Wellston, Ohio, passed away peacefully on Sunday morning, April 15, 2018, at Jenkins Care Community. She was born in Wellston on November 24, 1923, to the late Ebon Bert Merrill and Allie Whetstone Merrill. She was a graduate of Wellston High School and retired from Frick-Gallagher Manufacturing where she was a bookkeeper for over forty years. Following her husband Earl's death in 1983, she, along with her nieces and nephews, continued to run her cattle farm, located at Rt.1, Hamden, until 2010. She was a member of the First Baptist Church of Wellston. Besides her parents and husband, she was preceded in death by her son, Doug Matteson; brothers Ernest, Willard, Ebon, and Donald Merrill; sisters Dorothy Dunfee, Ruby Vickers, Irene Cornell, Edna Mae Mitchell, and Helen Leasure James. She is survived by a grandson, Luke Matteson, of Columbus; a close sister-in-law, Louise Merrill, of Wellston; numerous nieces and nephews; and all of her church family. Friends will be received at the Jenkins Funeral Chapel in Wellston on Friday after 11:00 A.M. Services will begin at 1:00 P.M. at the chapel and will be officiated by Pastor David R. Kelly. Interment will follow in the Ridgewood Cemetery in Wellston. Memorial contributions in Betty's memory may be made to the First Baptist Church, 106 S. Pennsylvania Avenue, Wellston, Ohio, 45693

To order memorial trees or send flowers to the family in memory of Betty Matteson, please visit our flower store.