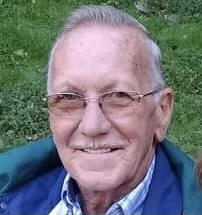 Charles Wayne Rife Sr., age 73 of Wellston, Ohio, and better known as " Pokey" to all, passed away peacefully while surrounded by his family on Saturday, October 8, 2022, at Holzer Medical Center-Jackson ER. He was born in Rutland, Ohio on February 4, 1949 to the late Hurley Wayne Rife and Mildred L. Cleland Rife. He was a truck driver for 54 years and following retirement, he worked for B.E. Davis Trucking Company where he hauled logs for Dwain Leach up until his illness. He and his wife, Corrina Howell Rife, whom he married on April 18, 2021, loved camping and traveling the east coast of the U.S.A. But he really enjoyed mowing his lawn, never asking for assistance, and only using a John Deere mower ! Besides his parents, he was preceded in death by his wife of 53 years, Marolyn Lou Rife; a brother, Terry Lee Rife; a sister, Shirley Anderson; and two sisters-in-law, Ernestine Rife and Rita Rife. Besides his wife, he is survived by three sons: Larry Dale ( Tina ) Rife and Charles Wayne ( Walkenda ) Rife Jr. of Wellston and Roy Shane ( Mandy Ross ) Rife of Jackson; three daughters : Valerie S. ( John ) Gearing of Wellston, Debbie Lou ( Michael ) Bales of Sumter, South Carolina, and Teresa Kay ( Jeffery ) Weber of Marietta, Ohio; five brothers : Dallas ( Donna ) Rife and Joe ( Jane ) Rife of Glenroy, Ed ( Anna ) Rife and Ray Rife of Wellston, and Jimmy Dean ( Karen ) Rife of Oak Hill; a sister, Karen ( Roger) Goheen of Wellston; 23 grandchildren and 26 great grandchildren ; and many nieces and nephews. Friends may call at the Jenkins Funeral Chapel in Wellston on Tuesday from 2 to 4 and 6 to 8 P.M. Services will be Wednesday at 2 P.M. at the Jenkins Chapel with Reverend Bobby Cleland officiating. Burial will follow in the Hamden Cemetery. Memorial contributions in ' Pokey's " memory may be made to the Apple City Motorcycle Club, 541 Clubhouse Rd., Jackson, Ohio 45640. Online Condolences may be made at www.samjenkinsfuneralchapel.com

To order memorial trees or send flowers to the family in memory of Charles Rife Sr., please visit our flower store.