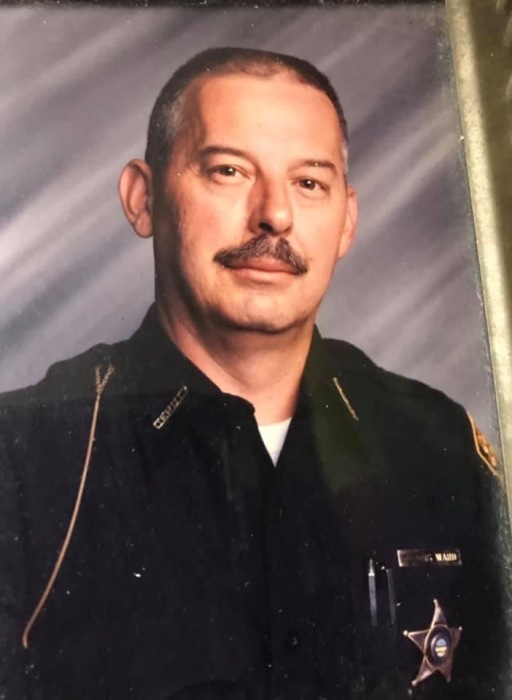 Dennis Ward, of McArthur, Ohio, passed away peacefully and with no suffering on Tuesday morning, April 20, 2021, a day after his 70th birthday, at Adena Regional Medical Center in Chillicothe. He was born April 19, 1951, in Wellston, Ohio, to the late Harry G. and Betty J. Vincell Ward. Growing up, he loved helping at the Wellston Drive In Feed Store that his grandpa, the late Archel Vincell, founded. He was a 1969 graduate of Wellston High School and a 1971 graduate of Hocking College where he earned an associate's degree in police science. He worked for the Jackson County Sheriff's Department for 34 years beginning as a dispatcher, then a road deputy, and finally as a volunteer auxiliary deputy. He retired on April 1, 2021, after 37 years with the Kenworth Truck Company where he was a quality assurance inspector. He was a member of the McArthur Church of the Nazarene, Delta Lodge 207, and the Aladdin Shriners. He was an avid OSU Buckeyes fan and enjoyed family gatherings in his free time. Besides his parents, he was preceded in death by his first wife, Vina Mae Morrison Ward, on June 25, 2014, along with a step grandchild, Olivia Petty, and several aunts and uncles. He is survived by his wife, Tammy Riley Ward, whom he married on December 31, 2015; his son, James Ward ( Trisha ) of Aynor, SC ; two stepsons, J.C. Petty ( Michelle ) of Clarksville, TN, and Joe Morrison of Ray, OH; two stepdaughters, Tiffany Buckley ( Bo ) of Circleville, OH, and Angie Canode ( Zach ) of Jackson, OH; a brother, Glenn Ward ( Delight ) of Wellston; mother-in-law, Marilyn Riley, of McArthur; three grandchildren, Ashton, Blake, and Callen Ward; nine step grandchildren : Mason and Julian Petty; Kaylor and Greyson Buckley; Ashlynn and Easton Canode; and Riley, Madison, and Emma Deck; and several nieces, nephews, and cousins. Friends may call at the Jenkins Funeral Chapel in Wellston on Thursday from 4 until 8 P.M., with Masonic services at 7 P.M. by Delta Lodge 207. Services will be Friday at 1:00 P.M. at the Jenkins Chapel with Reverend James Taylor officiating. Burial will follow in the Ridgewood Cemetery in Wellston. As COVID continues, you must wear a face mask and practice social distancing while in the funeral chapel.Online condolences may be made at : www.samjenkinsfuneralchapel.com

To order memorial trees or send flowers to the family in memory of Dennis Ward, please visit our flower store.