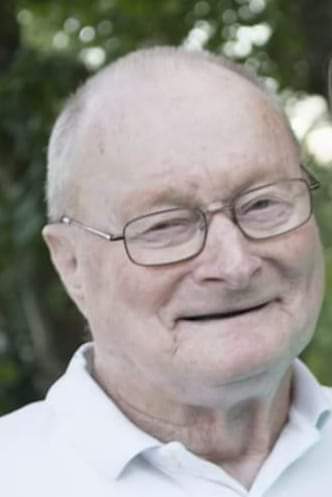 Dewey Lee Canada, 80, of Wellston, Ohio, went home with his Lord, while surrounded by his family, on Tuesday morning, December 27, 2022, at Holzer Medical Center-Jackson where he was a patient. He was born in Vinton County, Ohio, on February 28, 1942, to the late Golden Dewey Canada and Daisy Mae Farmer Boyer. He retired from Luiginos where he worked in building maintenance for several years. In his retirement years, he enjoyed woodworking, fishing, eating at Lee's Steakhouse, and going for rides with his dog, Suzie, who survives. He was a member of Orphans Friend Lodge #275 of Wilksville, a former commander of The Sons of American Legion   in Wellston, and a member of Grace Baptist Fellowship Church of Wellston. Besides his parents, he was preceded in death on March 28, 2019 by his wife, Patricia Dixon Canada; a son, Dewey Lee Canada; a great grand daughter, Macilyn Davis; and a brother, Ronnie Boyer. He is survived by three daughters : Cindy ( Dennis ) Osborne of Wellston, Teresa ( Jeff Coleman ) Davis of Wellston, and Angela ( Jonathan Bentley ) Canada of Cynthiana, Kentucky; nine grandchildren : Ryan ( Rachel ) Osborne, Joshua ( Stephanie ) Osborne, Hillary Osborne, Mariah Davis, Adam ( Brittney ) Davis, Hailey ( Richie ) Griffin, Hannah ( Jacob ) Larrison, Jaycob Blanton, and Jaiden King; thirteen great grandchildren; two brothers, Hughie ( Anna ) Farmer of Hamden and Lonnie ( Pam ) Boyer of The Plains; a sister, Bonnie ( Tom ) Howell of Hamden; and several nieces and nephews. Family and friends may gather at the Jenkins Funeral Chapel in Wellston on Friday from 12 P.M. until the time of services at 2 P.M. officiated by Pastor Tim Jones. Masonic Services by Orphans Friend Lodge #275 will be at 1 P.M. Burial will take place at a later date in the Hamden Cemetery at the convenience of the family. Memorial donations in Dewey's name may be made to the Grace Baptist Fellowship Church, 240 South New York Avenue, Wellston, Ohio 45692. Online condolences may be made at www.samjenkinsfuneralchapel.com

To order memorial trees or send flowers to the family in memory of Dewey Canada, please visit our flower store.