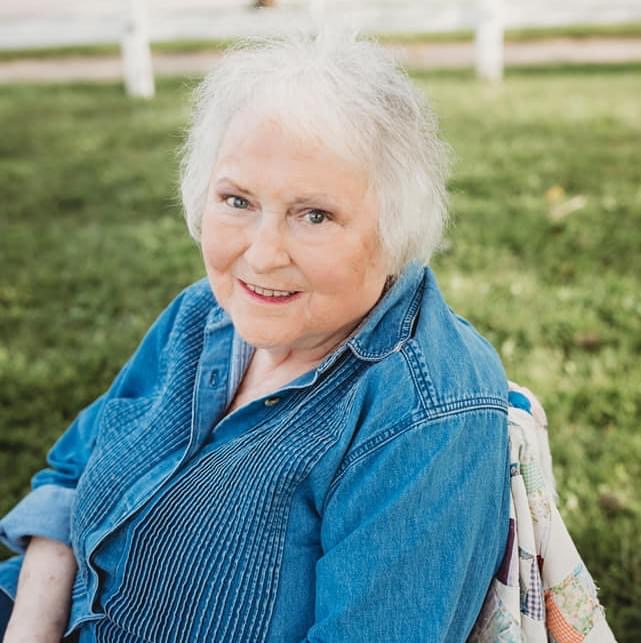 Donna K. O'Leary Gray, a proud member of the O'Leary family and a very proud mother, grandmother, and great grandmother, passed peacefully away at Jenkins Care Community in Wellston, Ohio, on Sunday, June 26, 2022, at the age of 74, surrounded by her family and caregivers. She was born in Wellston on January 22, 1948, to the late Charles O'Leary and Dorothea "Dot" Allberry O'Leary. She was a 1966 graduate of Wellston High School and a member of Sts. Peter & Paul Church. Her last employment was as a child caregiver at Little Blessings Daycare in Wellston. Her grand kids were the center of her world, along with her cats : Draper, Skittle, Poky, Tory, and Sam. She enjoyed baking and decorating cakes for others, and she was the organizer and hostess for her large family reunions that relatives attended from all over the U.S.A. She was a dedicated  "Law & Order SVU" fan while having her caffeine free Diet Coke. She was a member of American Legion Post # 371 Ladies Auxiliary and the VFW Post #9092. Donna had 2 children, Roger David Gray, who died in 2009, and Francie Gray of Hamden, Ohio; a daughter-in-law, Holly Gray (Scott Davis ) of Jackson; 7 to 8 grandchildren, " depending on who was using her spare bedroom at the time " : Quincey Kincaid ( Nick ), Dacey Manring ( Quade Raines ), Alex Franke ( Paul ), Taylor Crittenden ( Brandon ), Oliver Manring, Mason Manring, Drake Gray, and Xavier Gray; 4 great grandchildren : Addie, Max. Nora, and Maverick David; 4 sisters : Peg ( John ) Smith of Columbus Grove, Ohio, Nancy O'Leary of Omaha, Nebraska, Sally ( Joe) Mello of Portsmouth, Rhode Island, and Jan ( Vernon ) Metcalf of Germantown, Ohio; many, many nieces and nephews; and her special friend, Corynne Sprague, Besides her parents and son, she was preceded in death by the following brothers and sisters : Rose Christian, Pat O'Leary, Paul O'Leary, Mary O'Leary Ousley, Rita O'Leary Smith, Charles O'Leary, and Jim O'Leary. Friends may call at the Jenkins Funeral Chapel in Wellston on Tuesday from 5 to 7 P.M. Rosary services will follow at 7 P.M. Mass of Christian Burial , open to the public, will be Wednesday at 1 P.M. at the Sts. Peter & Paul Church with the Rev. Thomas Wm. Herge. A private family procession will follow to the Ridgewood Cemetery in Wellston for burial. Dinner will follow for friends and family at American Legion Post #371. The family requests that memorial contributions in Donna "s name be made to Cat Roundup Rescue, P.O. Box 39, Richmond Dale, Ohio 45673. Online condolences may be made at www.samjenkinsfuneralchapel.com

To order memorial trees or send flowers to the family in memory of Donna Gray, please visit our flower store.