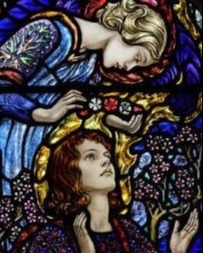 Dorothy L. Remy, 71, of McArthur, Ohio, surrounded by her family, went home with her Lord on Sunday evening, March 12, 2017, at Adena Regional Medical Center in Chillicothe, Ohio. She was born in Ray, Ohio, August 4, 1945, to the late Clifford and Oma Long Ray. She was a 1963 graduate of Allensville High School and retired from the Austin Powder Company where she was a lineman working with the fuse line. She enjoyed Church going and was a member of the Allensville Church of Christ in Christian Union. Besides her parents, she was preceded in death by an infant sister, Shirley Ann Ray, and a brother-in-law, Harley Graves. She is survived by her husband of 53 years, Richard Remy; a son, Richard L. Remy, Jr. ( Kim) of McArthur; a daughter, Patty Cox ( Garold) of Pedro. Ohio; four grandchildren and four great grandchildren; two sisters, Sarah Buskirk ( David) of Ray, Ohio, and Opal Graves of Columbus, Ohio; and several nieces and nephews. The family will receive friends at the Jenkins Funeral Chapel in Wellston on Wednesday from 5 until 8 P.M. Services will be Thursday at 11 A.M. at the Jenkins Chapel with Pastor Wes Gallagher officiating. Burial will follow in the Ray Cemetery.

To order memorial trees or send flowers to the family in memory of Dorothy Remy, please visit our flower store.