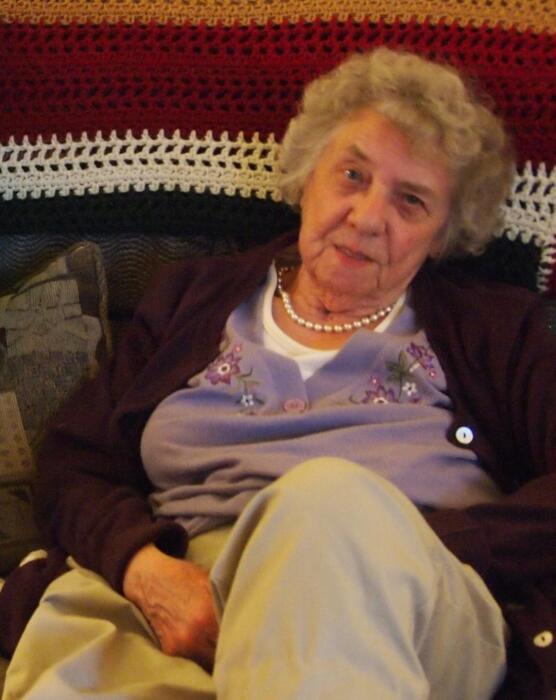 Dotty Haynes Hambrick, 89, of Columbus, Ohio, passed away peacefully, while surrounded by her family, on Monday, September 19, 2022, at Mount Carmel East Hospital in Columbus. She was born in Glenroy, Ohio on February 4, 1933, daughter of the late Clifford Haynes and Hazel Shook Haynes. She was a 1951 graduate of Wellston High School and a graduate of Bliss College in Columbus. She was employed for several years as secretary for the Gem Bottling Company in Wellston. She was a homemaker in her later years and a member of Asbury United Methodist South Church. Besides her parents, she was preceded in death on February 23, 2020, by her husband, James Howard Hambrick; two brothers, Jack and Curtis Haynes; two sisters, Leatrice Speraw and Marilyn Goldsberry; and her faithful and beloved poodle, Puddles, who died in February of 2022. Surviving are three sons : Jim ( Joyce ) Hambrick and Marlin ( Nell ) Hambrick, both of Columbus, and Barry ( Veronica ) Hambrick of Lancaster, Ohio; five grandchildren : Melissa, Leanna, Barry Jr., Matthew, and Clifford; four great grandchildren : Ryan, Evie, Max, and Zac; and many nieces and nephews. Friends may call at the Jenkins Funeral Chapel in Wellston on Friday from 12 P.M. until the funeral hour at 1 P.M. Pastor Rod Brower will officiate services and burial will follow in the Ridgewood Cemetery in Wellston. Onlline condolences may be made at www.samjenkinsfuneralchapel.com

To order memorial trees or send flowers to the family in memory of Dotty Hambrick, please visit our flower store.