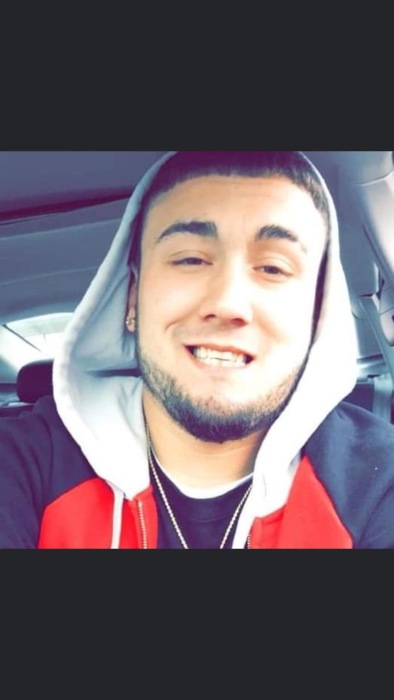 Ethan Lloyd Jayjohn, 26, of Wellston, Ohio, passed away unexpectedly at his home on Thursday morning, March 4, 2021. He was born in Gallipolis, Ohio, on January 7, 1995, to the late Leon Edward Jayjohn and the late Dreama Smathers. He was a 2013 graduate of Wellston High School where he was active in football and baseball. He was employed at KLB Construction of Wellston. In his spare time, he enjoyed turtle and deer hunting. He loved his family, spending as much time as he could with them, especially his boys, his nieces, and his nephews. He was preceded in death by his father, Leon Edward Jayjohn, his mother, Dreama Hall, his paternal grandparents, Ruby and Ernest Riffle Sr., his maternal grandmother, Pamela Cash, and his special cousin, Levi Wyatt Pierce. He is survived by his girlfriend, Ashley Wiseman, with whom he lived; four sons, all of Wellston : Karson, Kingston, Kyson, and Grayson; his brother, Nathan Jayjohn, of Wellston; two sisters, Chasity Jayjohn ( Jacob ) Robinson of Gallipolis, Ohio, and Ally Mae Jayjohn of Meigs County; his grandmother, Judy Jayjohn Watters ( Donald ) of Wellston; an aunt, Kimmie Jayjohn ( Bobby Pierce) of Hamden; two uncles, Ernest " Poogie " Jayjohn of Wellston and Donnie Joe ( Jenny ) Watters II of McArthur; special niece, Juno and special nephew, Tayler; and several cousins and many friends. Friends may pay their final farewell to Ethan at the Jenkins Funeral Chapel in Wellston on Wednesday from 2 P.M. until 7 P.M. Services will be at the Jenkins Chapel on Thursday at 1:00 P.M. and officiated by Pastor Michael Jadrnicek. Burial will follow in the Salem Cemetery. In compliance with COVID-19 current regulations, masks and social distancing are required inside the funeral chapel.

To order memorial trees or send flowers to the family in memory of Ethan Jayjohn, please visit our flower store.