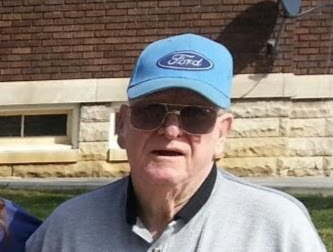 James Dale " Jim" Rice, 79, of Wellston, Ohio, surrounded by his family, passed away on Tuesday evening, April 2, 2019, at Ohio Health Riverside Methodist Hospital in Columbus Ohio. He was born in Wellston on April 12, 1939, to the late Wendell Sanford Rice and Dorothy Mae McDaniels Rice. He retired from the U.S. Army as a Sergeant First Class following 22 years of service to his country. He served during the Vietnam Conflict. He received his GED while in the army. He later retired as an officer at the Hocking Correctional Facility. He was active in the community as a member of the Wellston Lions Club, Black Diamond Lodge #538, and as a Boy Scout adviser. In his spare time, he was an avid fisherman and hunter. Besides his parents, he was preceded in death by a brother, Billy L. Rice; a brother-in-law, Donald L. Kisor; and a brother-in-law and sister-in-law, Lawrence Max and Carolyn Kisor. Jim leaves behind his wife of 52 years, Janet "Jan" Sue Kisor Rice; his son, James L. Rice, of Wellston; his daughter, Janet Lenoir Rice ( Micki), of Richlands, North Carolina; a grandson, Austin L.E. Rice ( Alyssa); a granddaughter, Jazmine N. Rice; a great grandson, Ezra; an "adopted" daughter, Virginia Edinger, of Jackson, Ohio; a close sister-in-law, Margaret Kisor, of Florida; plus several nieces, nephews, and extended family.

The family will receive friends at the Jenkins Funeral Chapel in Wellston on Friday from 6 until 8 P,M,,followed by Masonic services by Black Diamond Lodge #538 of Wellston. Funeral services will be Saturday at 1:00 P.M. at the Jenkins Chapel with Reverend Chuck Phillips officiating. Army Military Funeral Honors will follow at the Jenkins Funeral Chapel with Post #371 of Wellston and DAV Chapterr 45. Burial will be at the convenience of the family in Salem Cemetery. The family suggests that in liieu of flowers, memorials in Jim's name can be made to the  Shriners Hospitals for Children, 2900 Rocky Point Drive, Tampa, Florida, 33607 US.

To order memorial trees or send flowers to the family in memory of James "Jim" Rice, please visit our flower store.