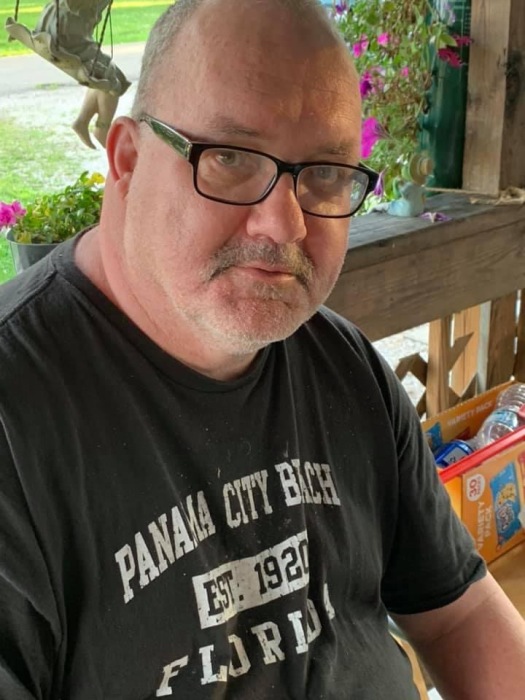 John D. Cahoon, 64, of Wellston, Ohio, passed away on Saturday, September 12, 2020, at Holzer Medical Center-Jackson ER. He was born in West Virginia on August 6, 1956, to the late John D. Cahoon Sr. and Mary Cahoon. He was raised in the home of the late Walter Luther Cahoon and Mary A. Cahoon of Wellston who considered him their son. He was a graduate of Wellston High School and a U.S. Army veteran. John was always ready to give a hand to anyone in need. He assisted in many community projects in the city of Wellston. In the 1980's, he was a former member of the Wellston Police Auxiliary for three years and a former police dispatcher for two years. He was most recently employed as a sales clerk at the Jackson Wal Mart store, where he was friendly and polite to his customers. In his spare time, he was an avid fan of the Cleveland Browns, the OSU Buckeyes, and was an umpire for 20 plus years. He also liked to play bingo and go fishing. He is survived by his longtime companion of 18 years, Kathy Butterbaugh, and children, Jamie Butterbaugh of Wellston, Rebecca Begines ( Jermey ) of Dayton, and Barbie Radabaugh ( Steve ) of Georgia; two sons, Adam Cahoon, and Randall Cahoon of Chandler, Arizona; two daughters, Amanda Cahoon and Amber Cahoon of Wellston; special friends, Steve Exline and Dee and Tim Ackley of Wellston; and several cousins. A gathering of family and friends for remembrance will be held at the Jenkins Funeral Chapel in Wellston on Wednesday, September 23, 2020, from 11:00 A.M. until 1 P.M.Please protect yourself and others by wearing a face mask and practicing social distancing while in the funeral chapel.

To order memorial trees or send flowers to the family in memory of John Cahoon, please visit our flower store.

Gathering of Family and Friends