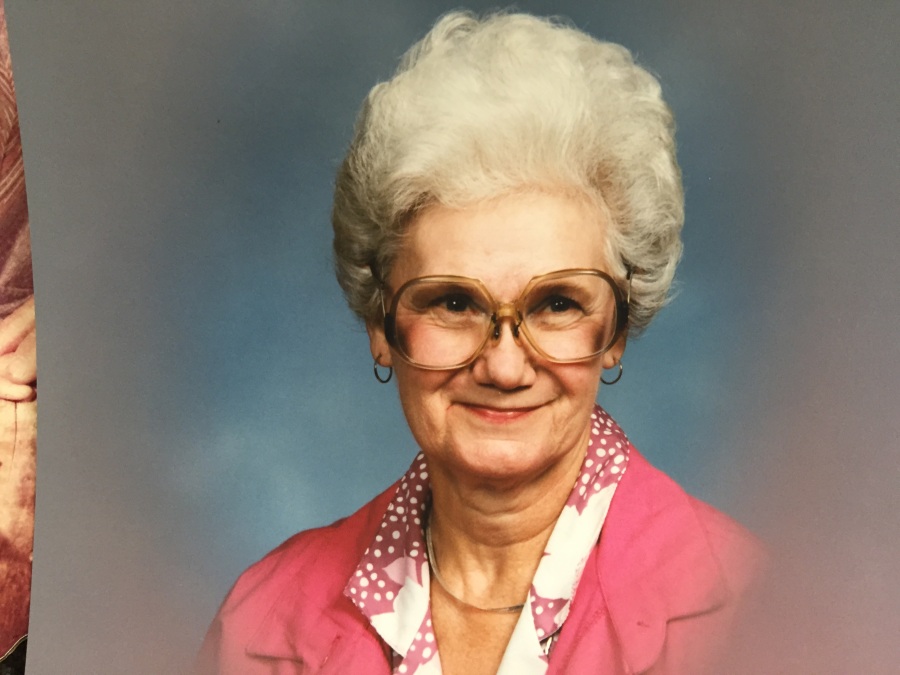 Juanita B. Ward, 92, of Wellston, Ohio, passed away on Friday, January 1, 2016, at Jenkins Care Community where she had resided for the past few years. She was born April 13, 1923, to the late Charles and Emma Phillips Boggs. She was a 1941 graduate of Wellston high School and retired from the E.E. Chambers Co. of Wellston following 38 years of employment. She was a member of the former Trinity United Methodist Church and was active in  the Eastern Star. Besides her parents, she was preceded in death by her husband, Merrill "Junior" Ward; three sisters, Eula Loudner, Reba Strong, and Leatha Boggs; a brother, Harold Elmer Boggs; and a close niece, Shirley Newman. Surviving are the following nieces and nephews who were like her children: Connie Henry of Wellston, Carolyn (Frank) Free of Frankfort, OH, Alyce (Mike) Murdoch of Wellston, David (Bonnie) Loudner of Dayton, OH, Bernie (Kay) Loudner of Guyton, Georgia, and Charles( Jeannie) Strong of Chillicothe, OH; and several great nieces and great nephews. Friends may call at the Jenkins Funeral Chapel in Wellston on Wednesday from 12 P.M. until the time of services at 2 P.M. Pastor Tim Jones will officiate the services and burial will follow in the Ridgewood Cemetery. The family suggests memorial contributions in Juanita's memory be made to the charity or church of choice.

To order memorial trees or send flowers to the family in memory of Juanita Ward, please visit our flower store.