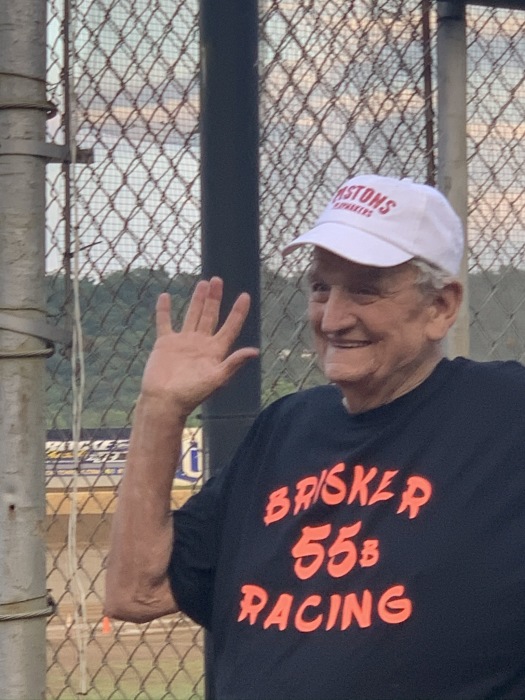 Larry Walter Brisker, 77, of Coalton, Ohio, went home peacefully with his Lord on Thursday, December 31, 2020, at his residence. He was born in Oak Hill, Ohio, on January 26, 1943, to the late Elmer Harold Brisker and Ida Belle Waulke Brisker. He was a 1961 graduate of Coalton High School and a member of the Wellston Freewill Baptist Church.He was most recently employed as a county trustee for Coal Township. Larry always kidded that he was a Jack of all trades and a master of none. But he accomplished quite a lot in his lifetime for which he will be remembered. He was active for years as a Coalton baseball umpire, a coach for the Puckett Brothers girls softball teams in McArthur, and a coach for the Christian softball leagues in the area. He was well known for his love of racing cars,having built many, raced them in southeastern Ohio, and having won many trophies. In 2020, he was inducted into the Atomic Hall of Fame. He worked as a welder, an auto mechanic, and a big rig truck driver. Besides his parents, he was preceded in death by a sister, Donna Mae Brisker, in 1942, and a niece, Amy Arthur. He leaves behind his wife, Donna McVey Brisker, whom he married on April 14, 2007; a son and daughter-in-law, Barry and Vanessa Brisker, of McArthur; a daughter and son-in-law, Lanissa M. and Danny Newman, of McArthur; a step-daughter, Angela Rose, of West Virginia; eight grandchildren : Ashleigh Wilbur, Bryant, Byron, and Caryssa Brisker, and William, Edward, Sierra, and River Rose; two sisters, Ivy L. Roche of Oak Hill, Ohio, and Jane Hanson of Jackson, Ohio; several nieces and nephews, his racing family, and his loving dogs : Bella, Pedro, Pippa, and Sprinkles. The family invites friends to a final farewell at the Jenkins Funeral Chapel in Wellston on Tuesday from 3 P.M. until the time of services at 7 P.M. Pastor Don Kincaid will officiate the services, and cremation will follow. The family suggests memorial contributions be made to the Wellston Freewill Baptist Church. A face mask is required at the Jenkins Chapel along with the practice of social distancing due to COVID guidelines.

To order memorial trees or send flowers to the family in memory of Larry Brisker, please visit our flower store.