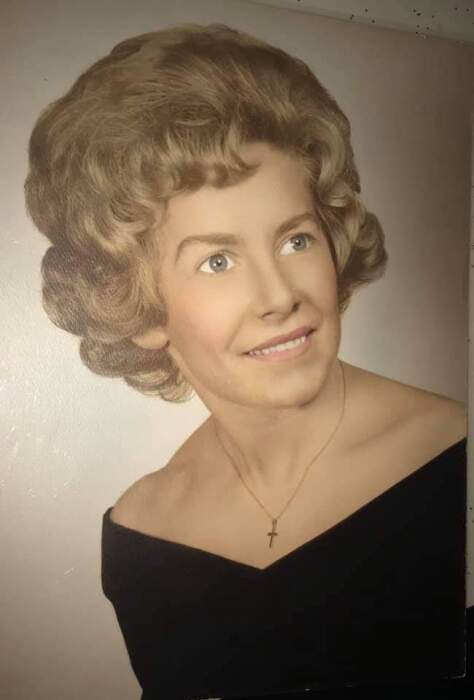 " I'm fine, thank you. How are you ? " The famous greeting always made to all by Lena M. Robinson, 87, of Wellston, Ohio, who passed away on Monday, June 6, 2022, at Holzer Medical Center- Jackson ER. She was born in Jackson County, Ohio, March 25, 1935, to the late John R. Williams and Frances McPheters Williams. She was a graduate of Wellston High School and took an interest in roller skating with her boyfriend, Tony Robinson, later to be her husband. They were famous for their lifts and spins, and in the 1960's, they placed 11th in the State of Ohio Championships. Lena was a salesperson at Ward's Drug Store, Barney"s Drug Store, the Ohio Auto Store, and Perdue's Five and Dime Store in Wellston. She especially loved working at the Cavalier Roller Rink in Jackson. In her free time she enjoyed photography, her grandchildren and great grandchildren, and her visits with her sisters-in-law, Becky and Joann, as well as her niece, Kim Zinni, who all made Lena feel special. She always looked forward to phone calls and packages from her niece, Cheryl, from Minnesota. Besides her parents and husband, she was preceded in death by a brother, Raymond Eugene Williams and a sister, Ruth Settle. Surviving is her beloved son, John A. Robinson ( Amanda Whetstone ) of Wellston; six grandchildren : McKennah Robinson of Colorado, Cole, Gabby, and Hunter Robinson of Wellston, Brice Robinson of Athens, and Cade Robinson of Wellston; three great grandchildren: Ellie, Annie, and Griffin; sister, Marian Cozad of Marion, Ohio; brother-in-law, Dick Robinson ( Lynn ) of Waverly; three sisters-in-law: Janet Bapst of Beaver, Joann Rose ( Lloyd) and Becky Burns of Jackson; and many cousins. Friends may call at the Jenkins Funeral Chapel in Wellston on Friday from 11 A.M. until the time of services at 1 P.M., officiated by Pastor Michael Jadrnicek. Burial will follow in the Coalton Greenlawn Memory Gardens. John suggests that memorial contributions in his mother's name be made to the Officer Blu Therapy Dog Fund. Online condolences may be made at www.samjenkinsfuneralchapel.com

To order memorial trees or send flowers to the family in memory of Lena Robinson, please visit our flower store.