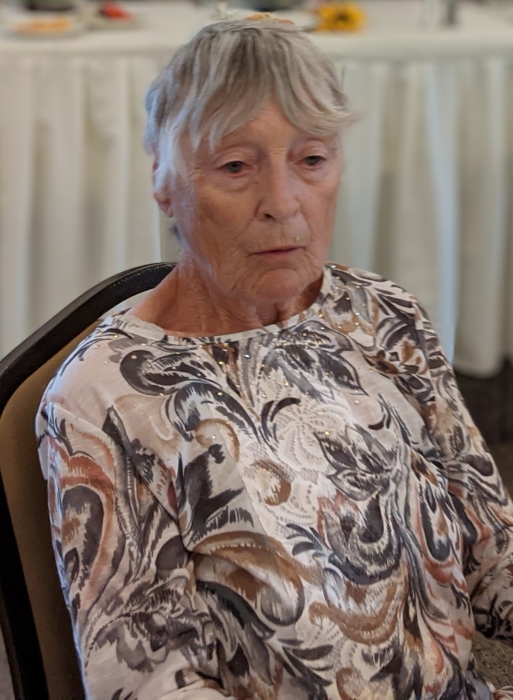 Martha K. Taborn Wilt, 83, of Richwood, Ohio, passed away Thursday evening, September 8, 2022, at Urbana Health and Rehab Center in Urbana, Ohio. She was born in Flint, Michigan on May 17, 1939, to the late Theodore Taborn and Audrey Newman Taborn. In her younger years she attended Hamden High School and the Hamden United Methodist Church. She was a former factory worker at Westinghouse Electric Corp. of Bellefontaine, Silco, and Bulldog & ITE, makers of pushmatic circuit breakers. She is survived by a son, Erwin Wilt ( Wendy ) of Richwood, Ohio; a daughter, Ruth Ann Houchins ( Robert ) of Bellefontaine, Ohio; three grandchildren: Stacie, Chad, and Jake; five great grandchildren; a brother, John F. Taborn ( Hannelore ) of Austin, Texas; a sister, Joan Ballard ( Bob ) of Westerville, Ohio; and several nieces and nephews. Besides her parents, she was preceded in death by her husband, Erwin O. Wilt, in 1983; a daughter, Carol Boltz; three brothers : Donald, Charles, and Orville Taborn; and a sister, June Taborn Barnhill. Friends may call at the Jenkins Funeral Chapel in Wellston on Wednesday from 1 P.M. until the time of services at 2 P.M., officiated by Pastor Dan Smith. Burial will follow in the Hamden Cemetery. Online condolences may be made at www.samjenkinsfuneralchapel.com

To order memorial trees or send flowers to the family in memory of Martha Wilt, please visit our flower store.