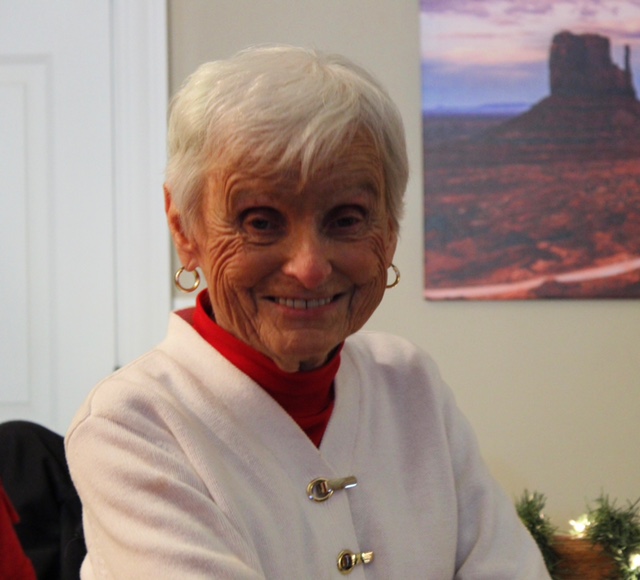 Mary Lou Montgomery Myers, 89, passed away unexpectedly at her home in Wellston on Wednesday morning, November 18, 2020. She was born in Wellston on February 10, 1931, to the late Carl R. Gettles and Eula M. Fisher Gettles. She was a 1949 graduate of Wellston High School and in the 1960's, she owned and operated the Magic Mirror Beauty Salon. In 2003, she developed the Montgomery Meadows subdivision. She was a member of the former EUB Church and the former Trinity United Methodist Church in Wellston. In her spare time, she enjoyed flower gardening and spending time with her great grandchildren. Besides her parents, she was preceded in death by her first husband, Arthur Guy Montgomery, on June 10, 1979; her second husband, Oliver Leith Myers, on June 17,2009; her grand-daughter, Neysea Gail Waugh, on April 28, 1983; her great grand-daughter, Aubrey Lynn Fain, on November 26, 2005; her sister and brother-in-law, Roberta and Vaughn Huffman; her brother and sister-in-law, James H. " Jim" and Marylin Gettles; her nephew, Russ Bethel; and her niece, Jill Huffman Kemp. She is survived by her two daughters and sons-in-law, Mary Beth and Ed Casteel, and Betsy Gail and Phil Fain, of Wellston; her four grandsons : Zakary ( Sarah) Waugh, Nathan ( Julie ) Casteel, and Jeffrey ( Jessica ) Fain, all of Wellston, and Seth ( Laura) Fain of Jackson, Ohio; her six great grandchildren: Hattie and Molly Waugh, and Hadley, Avery, Sydney, and Reid Fain; her sister-in-law, Donna Summers Gettles; and several nieces and nephews. The family has requested private visitation and funeral services to be held at the Jenkins Funeral Chapel in Wellston with Pastor Tim Jones officiating. Burial will follow in the RIdgewood Cemetery in Wellston. Due to COVID and current state mandates, facial coverings are required inside the chapel along with the practice of social distancing.

To order memorial trees or send flowers to the family in memory of Mary Montgomery - Myers, please visit our flower store.