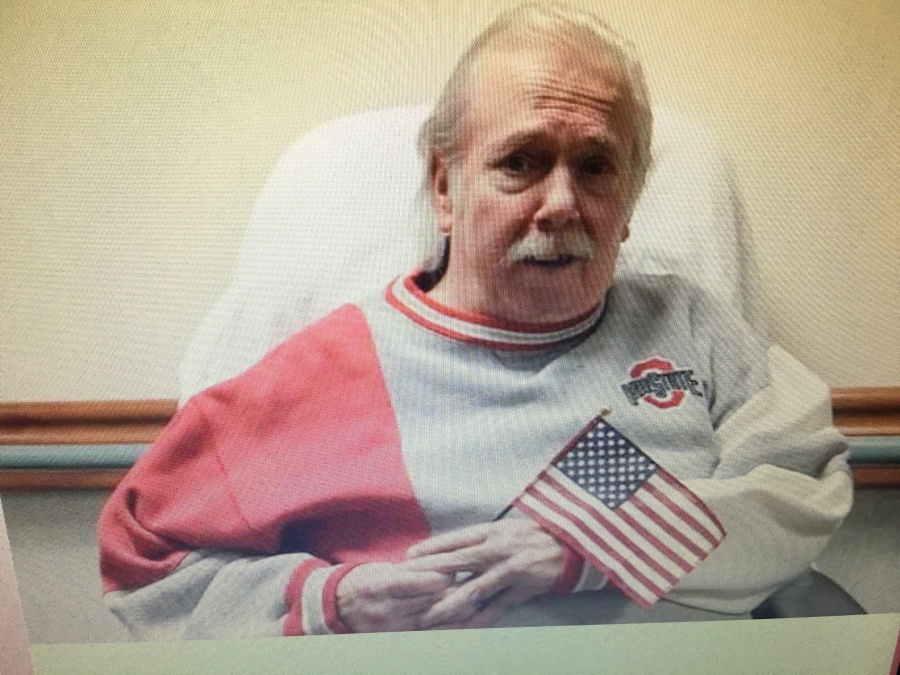 Michael D. McCutcheon, 63, of Jackson, Ohio, surrounded by his family, passed away on Friday evening, November 17, 2017, at Four Winds Community. He was born in Charleston, West Virginia, December 14, 1953, to the late Earl McCutcheon and Ruth Walcutt King. He was a 1971 graduate of Wellston High School and a veteran of the U.S. Air Force. He was employed by Bellisio Foods for ten years. In his spare time he was an avid sports fan and baseball card collector. He was a former member of American Legion Post #371 of Wellston. Besides his parents, he was preceded in death by a brother, Roy Rose. He is survived by a brother and sister-in-law, John and Jo Ann Rose, of Wellston; a sister, Earlene Edmonds, of Iona, West Virginia; a sister-in-law, Dixie Rose, of Jackson; eight nieces and nephews; and many great and great-great nieces and nephews. The family invites friends to call at the Jenkins Funeral Chapel in Wellston on Tuesday from 11 A.M. until the time of services at 1 P.M.  Pastor Andy Rawlins will officiate the services. Michael requested for cremation to follow his services.

To order memorial trees or send flowers to the family in memory of Michael McCutcheon, please visit our flower store.