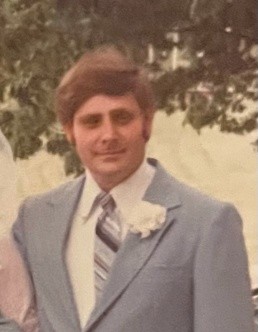 Mike Dixon, 69, of Wellston, Ohio, passed away unexpectedly on Sunday evening, September 19, 2021, at Holzer Medical Center- Jackson ER. He was born in Oak Hill, Ohio, July 3, 1952, to the late Charles T. Dixon and Hazel E. Patton Dixon. He was a U.S. Navy veteran and earned his GED. For 20 years, he was a big rig , cross country truck driver. In his spare time he enjoyed woodworking and making cabinets and TV stands. The restoration of his 1969 Chevy pickup was his current work in progress. He was a past member of American Legion Post #371. His white cat, Eos, was his companion always by his side. Besides his parents, he was preceded in death by his wife, Peggy Sue Leach Dixon in 2014; his infant daughter, Debra Sue Dixon, in 1973; and his brother, Bruce A. Dixon, in 2020. He is survived by two daughters, Amy M. Wyant ( Rick Arthur ) and Charlene Sue Dixon, of Wellston; brother, Charles A. Dixon, of Wellston; two sisters, Emelie Paul of Coalton and Cindy Music of Groveport, Ohio; three grandchildren, Kele, Alex,  and Jade Wyant; and one great grandchild, Nova Emily Jean Wyant. The family will hold a memorial for Mike at a later date.Arrangements are by the Jenkins Funeral Chapel of Wellston, Ohio. Online condolences may be made at www.samjenkinsfuneralchapel.com.

To order memorial trees or send flowers to the family in memory of Mike Dixon, please visit our flower store.