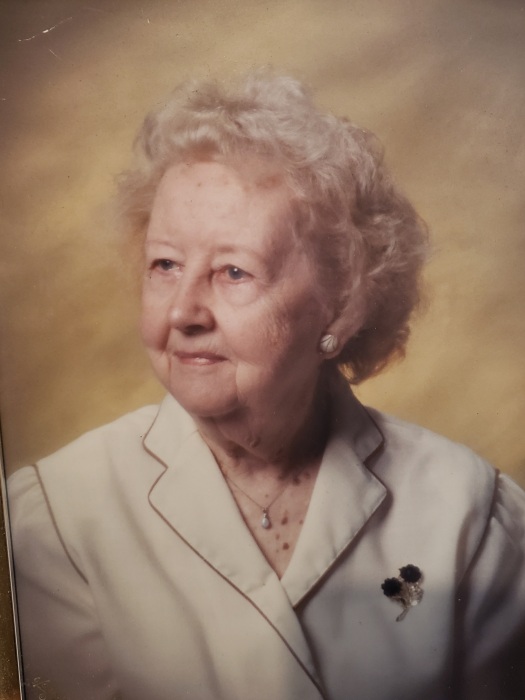 Natalia Edwards Burton, 102, passed away peacefully on Wednesday evening, May 4, 2022, at Jenkins Care Community in Wellston, Ohio.She was born in Wellston on April 15, 1920, to the late Evie Edwards and Callie Rhodes Edwards. She was a lifelong Wellston resident, well-known and respected. She was a 1938 graduate of Wellston High School and like most young people in her generation, had two big influences in her life - the radio and the movies. She was employed at the E.E. Chambers Store in the office and at the Sylvester Memorial Wellston Public Library where she served on the Library Board. She was a member of the First Baptist Church of Wellston. She always had a love of learning. She kept up with current events, Broadway, sports, religion, and politics. She was an avid Jeopardy fan. A scholarship in her name was given to a Wellston High School senior each year. Natalia said she had no secret advice to a long-life expectancy; just to live one day at a time and give your best effort. Besides her parents , she was preceded in death by her husband, Jim Burton; her daughter, Barbara Burton Ortega; her grandson, Charles Ortega; and her son-in-law, Charles Raymond Ortega. She is survived by her son and daughter-in-law, James D. and Marlayne Burton of Tucson, Arizona. She also leaves behind her many friends and her church family. Public graveside services will take place on Monday, May 9, at 1:00 P.M. at the back section of the Ridgewood Cemetery in Wellston, with John Pelletier CLP officiating. J.D. and Marlayne Burton suggest that memorials in Natalia's name can be made to National Church Residences Hospice, 681 E. 3rd ST., Waverly, Ohio 45690 for their care of her. They would also like to thank the nursing staff at Jenkins Care Community for their love and concern for Natalia while she was with them. Arrangements are by the Jenkins Funeral Chapel of Wellston. Online condolences may be made at www.samjenkinsfuneralchapel.com

To order memorial trees or send flowers to the family in memory of Natalia Burton, please visit our flower store.