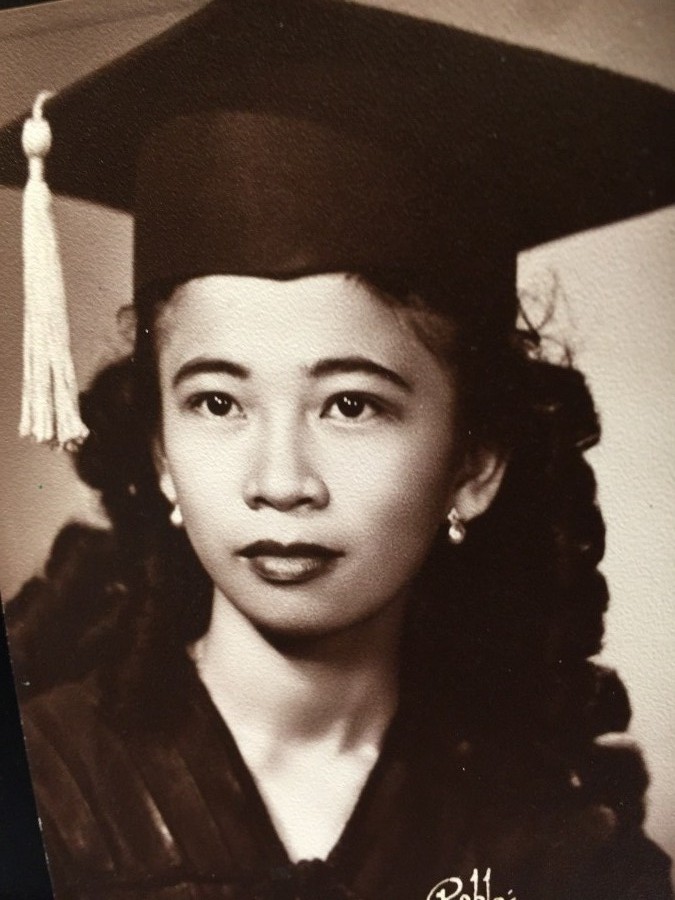 Polly Alcordo Dillon, 82, of McArthur, Ohio, passed away with her family at her side on Wednesday morning, March 2, 2016, at Adena Regional Medical Center in Chillicothe. She was born August 23, 1933, in Aringay, La Union Philippines, to the late Bonifacio and Margarita Javier Alcordo. She was a graduate of San Carlos University in Cebu, Phillipines, where she earned her bachelor's degree and elementary teacher's certificate. She taught at many schools in the Philippines before coming to the United States in 1972. She was a teacher at the former Coalton elementary school. In her spare time she loved gardening, cooking, sewing, and music. She was a member of Sts. Peter & Paul Church in Wellston. Besides her parents, she was preceded in death by her husband, Homer C. "Shorty" Dillon in 1992, and two brothers and one sister. She is survived by two sisters, Effie Alcordo Ukno of Manitoba, Canada, and Anita Alcordo, with whom she made her home; a brother, Francisco Alcordo of the Philippines; and several nieces and nephews including special nephew, Ryan Ukno, of Manitoba, Canada. Friends may call at the Jenkins Funeral Chapel in Wellston on Friday from 5 until 8 P.M. where Rosary will be recited at 7 P.M. on Friday. Mass of Christian Burial will be Saturday at 11 A.M. at Sts. Peter & Paul Church with Father Donald Maroon officiating. Burial will follow in the Salem Center Cemetery. The family suggests memorial contributions in Polly's name be made to Sts. Peter & Paul Church, 227 South New York Avenue, Wellston, Ohio, 45692.

To order memorial trees or send flowers to the family in memory of Polly Dillon, please visit our flower store.