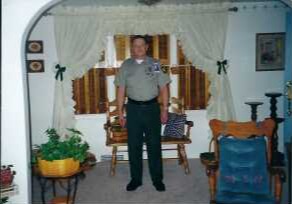 Richard Eugene Emmert, 76, of Wellston, Ohio, passed away peacefully on Saturday morning , December 3, 2022, while surrounded by his family, at Edgewood Manor of Wellston. He was the first of four boys born to Eugene J. Emmert and Dorothy Poling Emmert in Dayton, Ohio, on February 3, 1946. He was a 1964 graduate of Wellston High School and then worked for the state of Ohio as a core driller. He was a US Navy veteran, having served during the Vietnam Era. He was employed for many years as a security guard for the Southern Ohio Correctional Facility, and he retired from that position in 2007 to enjoy spending time with his loving wife of 47 years, Linda Gill Emmert. In his free time, he loved working with guns. Besides his parents, he was preceded in death by his brother and sister-in-law, Roger and Tina Emmert. Besides his wife, Linda, he leaves behind two brothers and their families, David and Janice Emmert of Jackson and Jerry and Tami Emmert of Wellston. "Rick" requested cremation to follow his earthly passing and to have no visitation or services. " Some people live an entire lifetime and wonder if they have ever made a difference in the world. A Veteran doesn't have that problem" - Ronald Reagan. Arrangements are by the Jenkins Funeral Chapel of Wellston. Online condolences may be made at www.samjenkinsfuneralchapel.com

To order memorial trees or send flowers to the family in memory of Richard Emmert, please visit our flower store.